Both trailers misbehaved, but managed to do their duty and deliver 15 lovely turkeys and 6 piglets to the farm.

The little trailer previously re-varnished needed a cover and so we made a fine cover that can roll up when not in use and leave little excuse not to use it because it’s so handy - no problems there.

When moved we observed that one of the wheels was reluctant to turn, so found problems with the long defunct brakes (not a problem as long as light loads are towed) and so H removed those.

Problem 2: Tyres that rub against metal

Noticed one of the tyres was damaged as a result of the trailer bouncing and the suspension being rather soft would allow the tyre to come into contact with a peice of the steel trailer body. 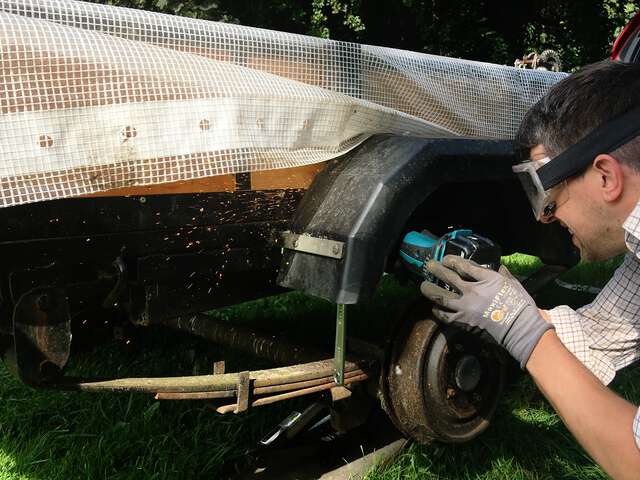 We thought it would be a good idea to fill some of the gaps around the new woodwork to keep moisture out, so we had a tub of two part resin based woodfiller - making the assumption that the packet of hardener supplied with the tub would do the job and give us 30min working time with the resin we used all the hardener with all the tub of filler, well after 5min it went rock solid and we’d barely filled one edge inside the trailer. 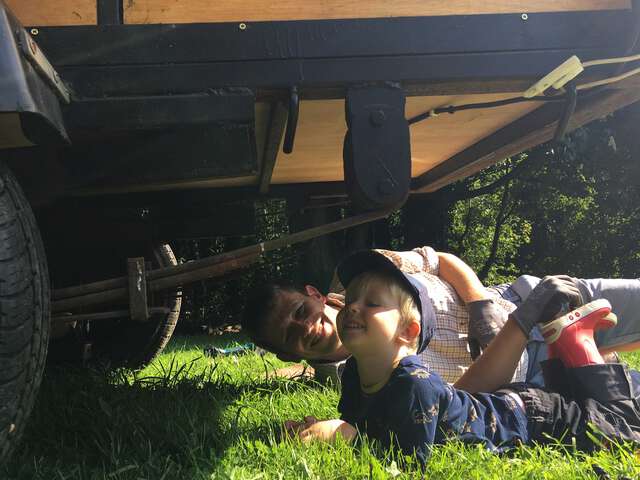 No tantrums here as Amos inspects the quality of our trailer maintenance.

The loading ramp, after loading the piglets in the back, whilst closing the door for the return journey, its seemingly poorly designed hinges sheared off! 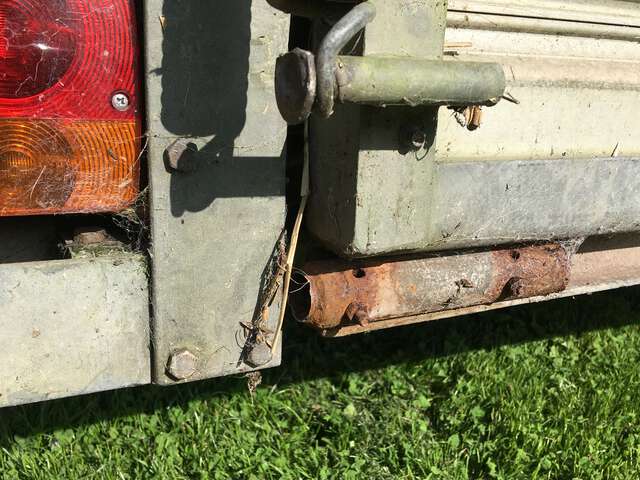 Despite trailer issues the turkeys survived their journey intact and seem to really enjoy being in their paddock with their recently erected luxury shed. 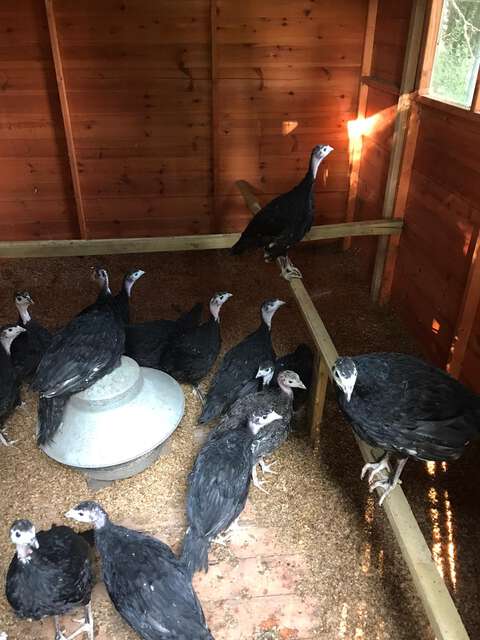 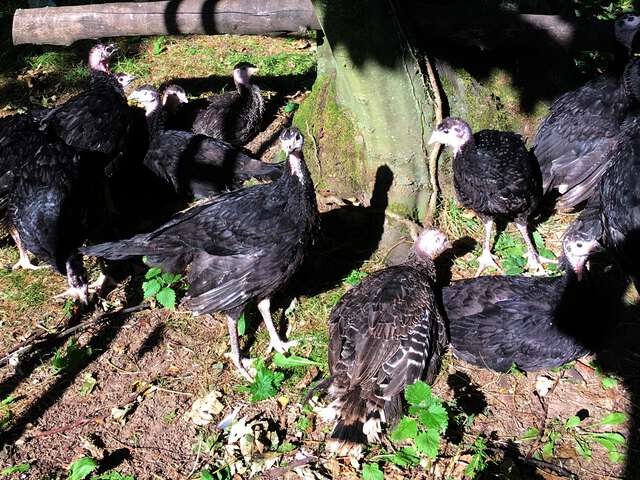 The pigs arrived on site albeit a little later than planned due to the requirement to jerry-rig the ramp back on. 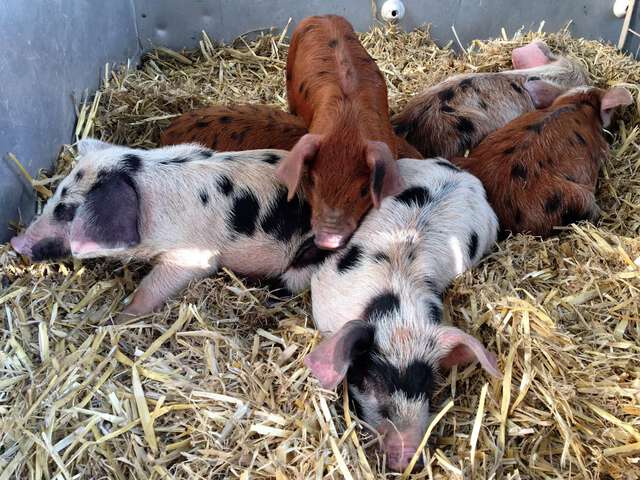 Never give the animals names but the one at the front there looks like ‘Shades’ to me as he appears to have sun-glasses on - or is that a mask - perhaps ‘Zorro’ would be a better name? 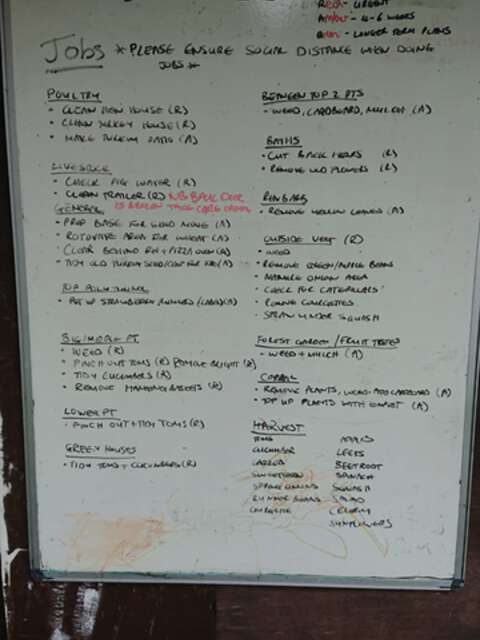 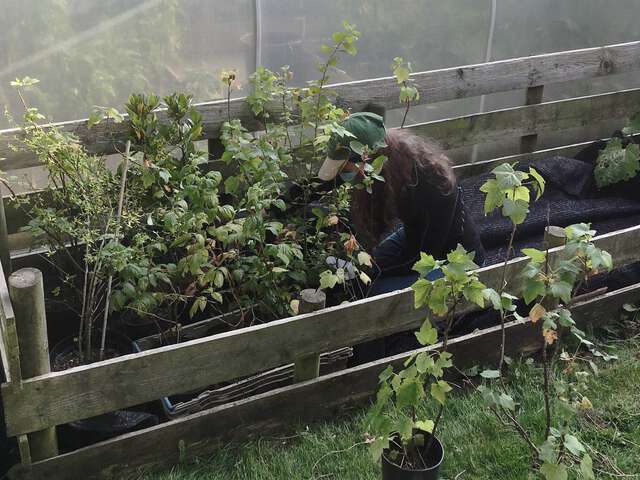 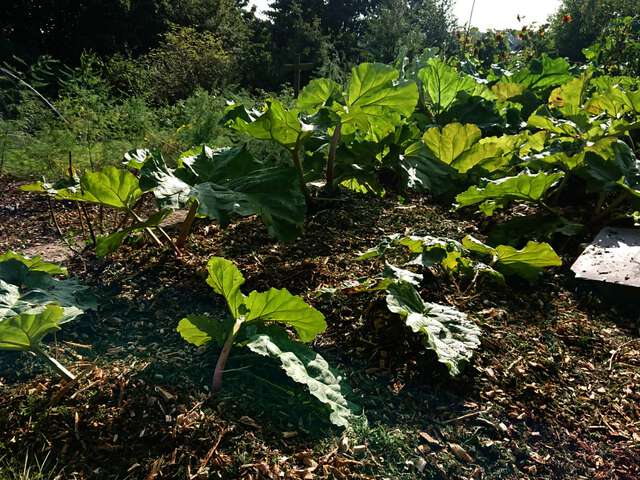 Rhubarb gets tidied up 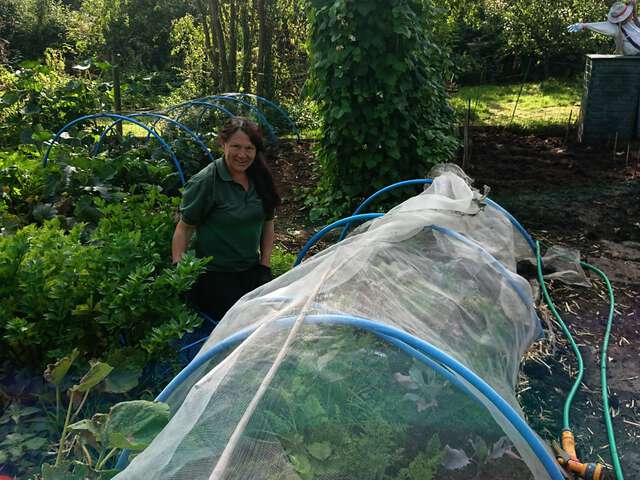 Lee-Anne planted out cabbage plants that we grew from seed 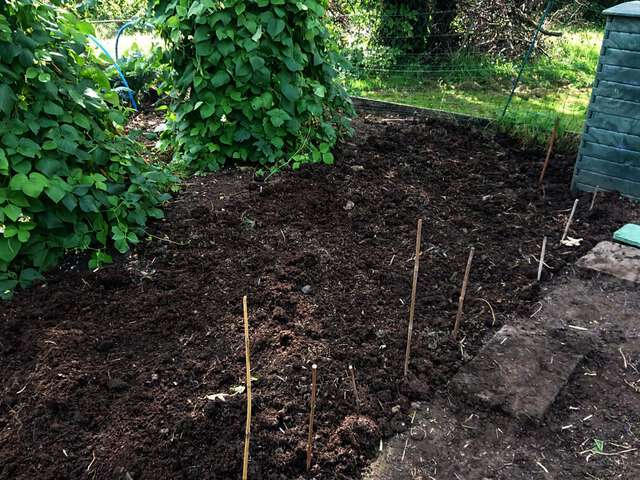 Q. Why do we keep moving sheds?

A. When LVCF took possession of this piece of land it was seriously overgrown and the entire plot had to be cleared of brambles etc. This means that various elements of the farm were placed according to how much land had been reclaimed. As we cleared more and more of the site what once was a convenient location now ended up being in the way.

This time it was the veg shed that got moved, and in its place will be a new veg area. The shed itself was moved over so that it backs onto Trippett’s Tunnel a central spine of trees and privet hedge that runs up the middle of the farm. This fits with a master plan of having all sheds along Trippett’s Tunnel with the assumption that this feature will never move. 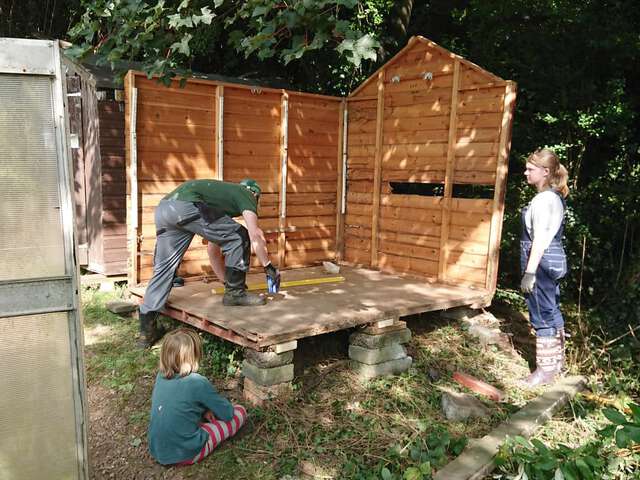 Another shed balanced on a pile of bricks 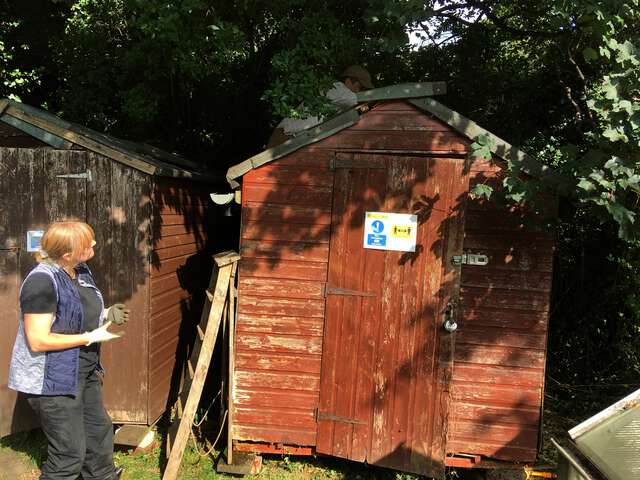