The hive has become silent, with the mysterious exit of all the bees. There are many theories of why this has happened, and it’s not an unknown phonomenon, but there is no consensus. Perhaps ‘colony bogoff disorder’ could be an appropriate term. 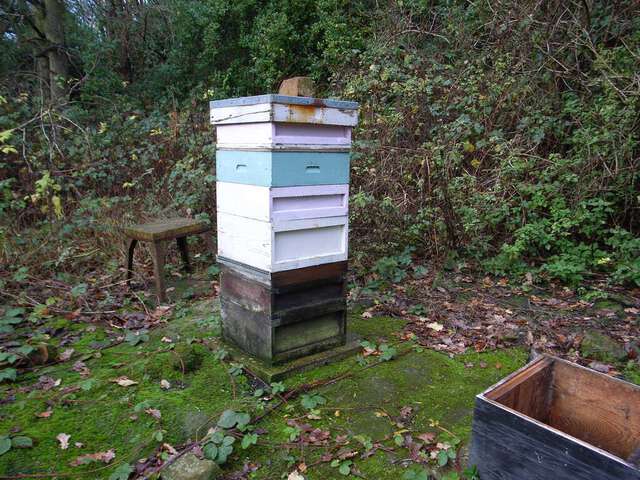 The bees have all abandoned the hive, gone, no sign of any dead bees, they’re just not there any more. 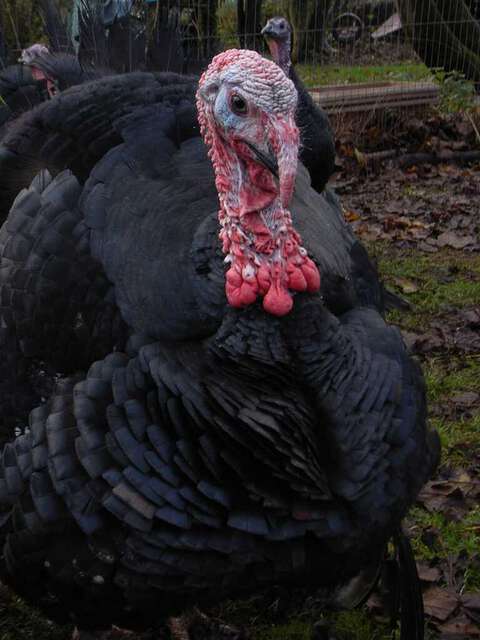 The turkeys have become festively plump over the past few weeks. There has been an emergence of an alpha-turkey, who struts around, feathers fanning, and making curios ‘pfff’ sounds.

Edible hedge gets a trim 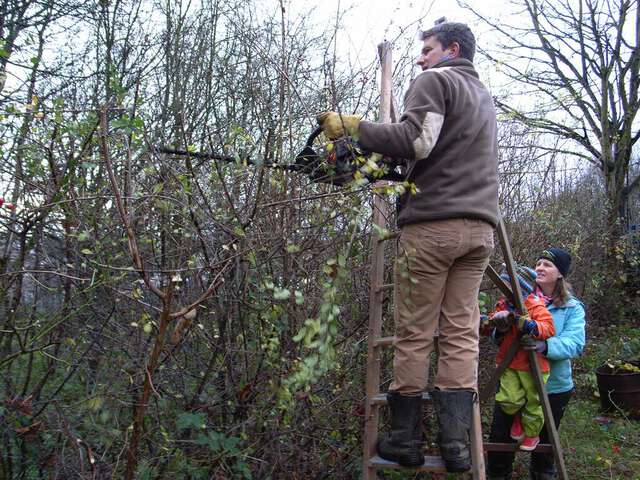 Harry cuts the tops off the edible hedge. 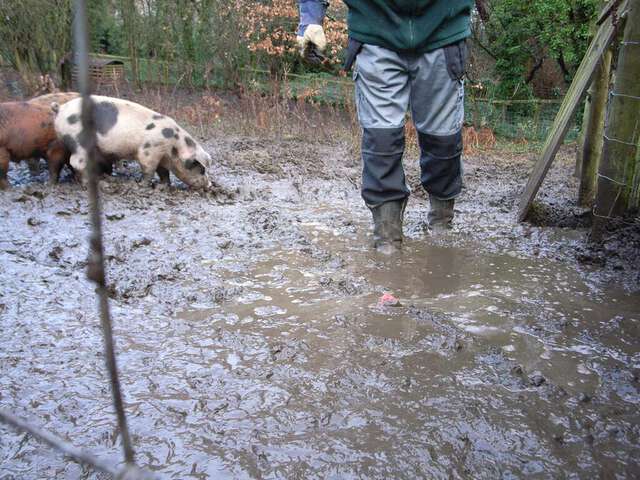 With the recent heavy rain, the pigs’ dining area had become waterlogged. The pigs didn’t seem to mind, although from a non-porcine perspective they look like they could do with a bit of a hose-down.

New area for for the more delicate veg

Construction began on a new vegetable area which was previously occupied by an old shed. Once this had been removed (and burnt!), cardboard was laid down and soil on top of that. Then a fence was constructed out of some old decking. 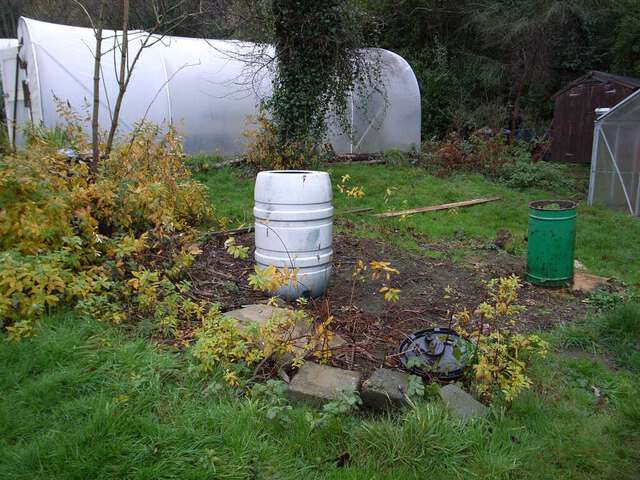 The wasteland left behind by the old veg shed. 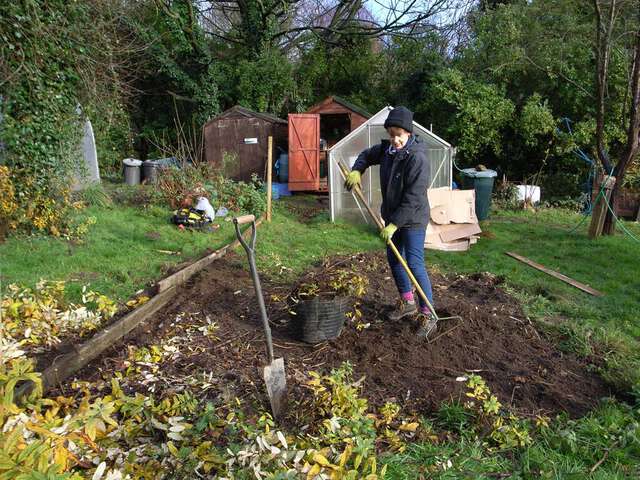 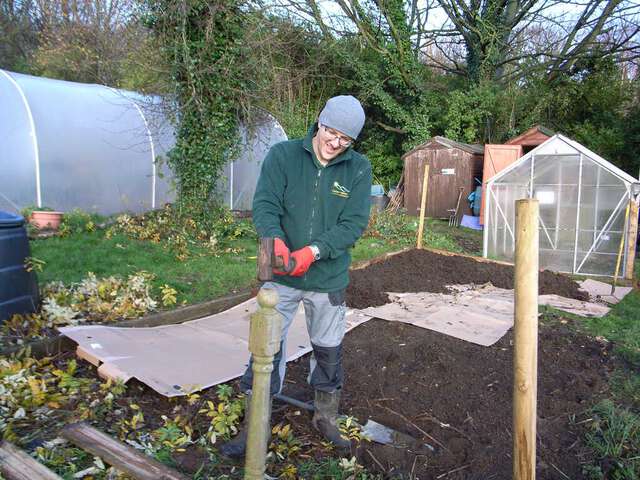 Stu hammers in some posh posts for our new veg boundary fence. 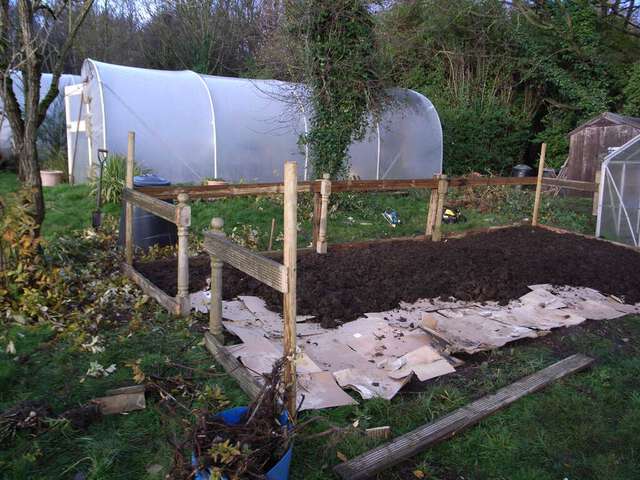 Spreading manure over cardboard (to kill weeds) ready for planting in spring. 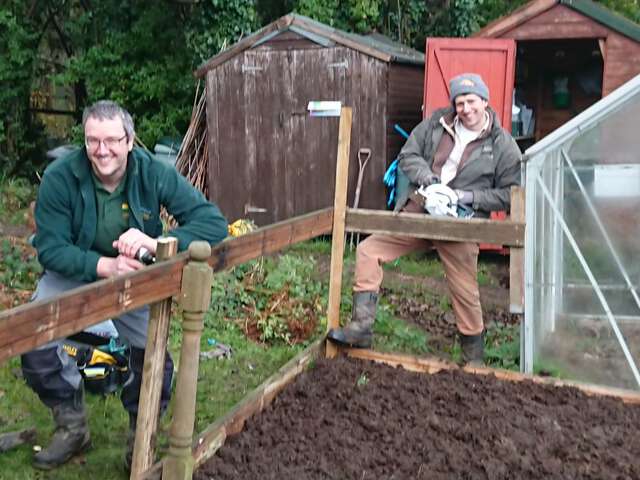 These two should clearly be kept away from power tools. 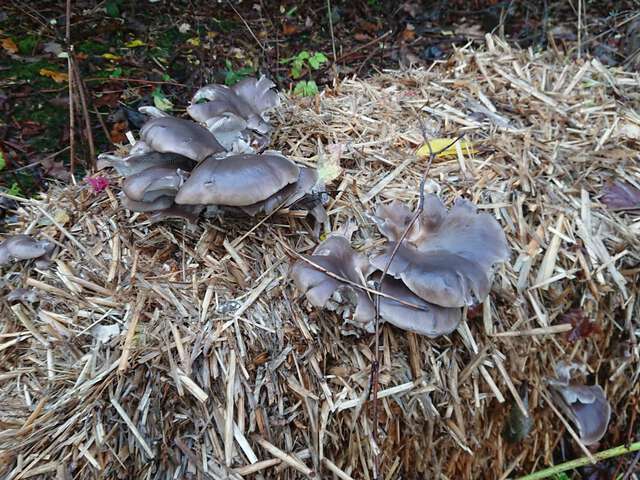 We also got our first mushroom harvest.