At our most recent work day on the farm we tried to harvest as much of the veg as possible to allow what’s left on the stalks, stems and vines to ripen and continue producing amazing fruit and veg for a bit longer.

It’s been a great harvest this summer, with multicoloured tomatoes, runner beans and courgettes as far as the eye can see along with some beautiful purple and green varieties of French beans, lettuces, spring onions, peppers, celery, rhubarb, cucumbers, chard, basil, potatoes, sweet corn, carrots, peas, raspberries and even grapes! The kids enjoy joining in and we have a small army of helpful(?) people helping us choose which of the produce to take home and which have entered the local ecosystem (ie the slugs have found them) and can be thrown to the chickens and turkeys. It’s my son’s favourite thing to throw a cherry tomato and watch all the chickens chase it across the farm. 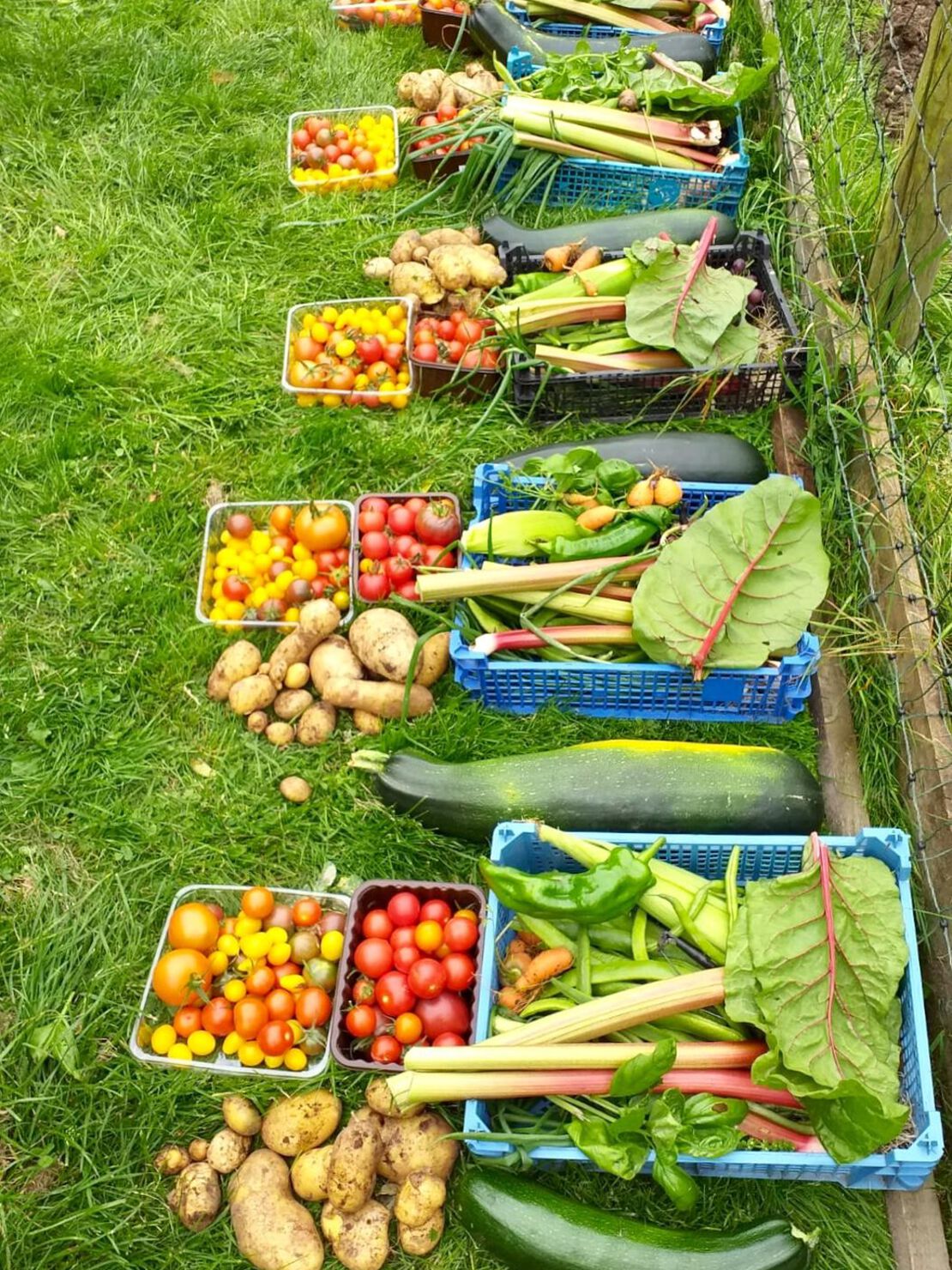 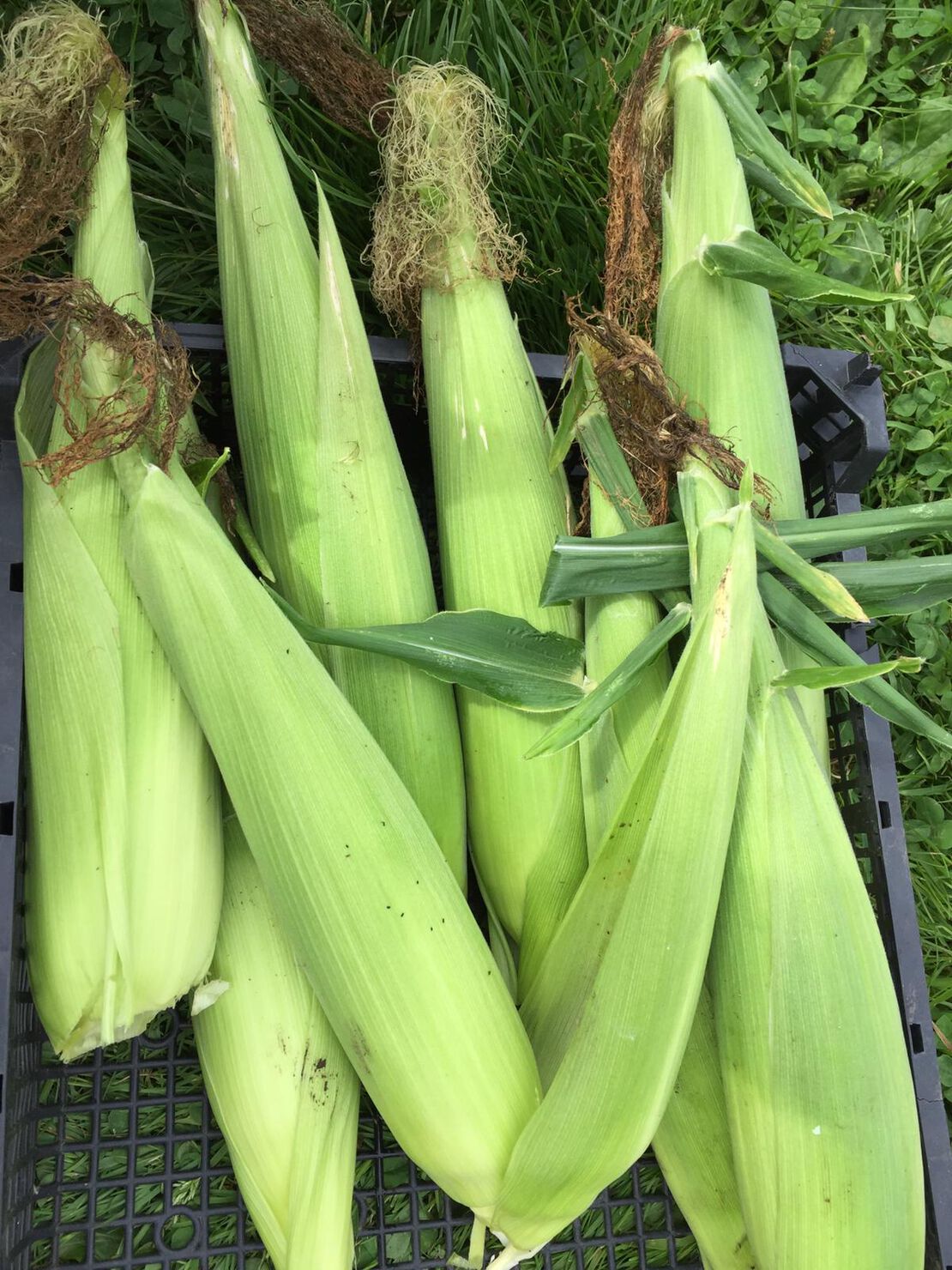 Sweetcorn has been very successful this year.

But that’s the fun colourful bit, as well as veg picking there is always loads of other work to be done, and last weekend members started laying pipes for water to the new toilet which we can’t wait to have up and running. We also built our next compost heap (which will have immediately received a pile of giant rhubarb leaves from the harvest!) and chopped down branches to make access easier for the feed delivery truck. It goes without saying, there is always weeding to be done, and the grass keeps growing! 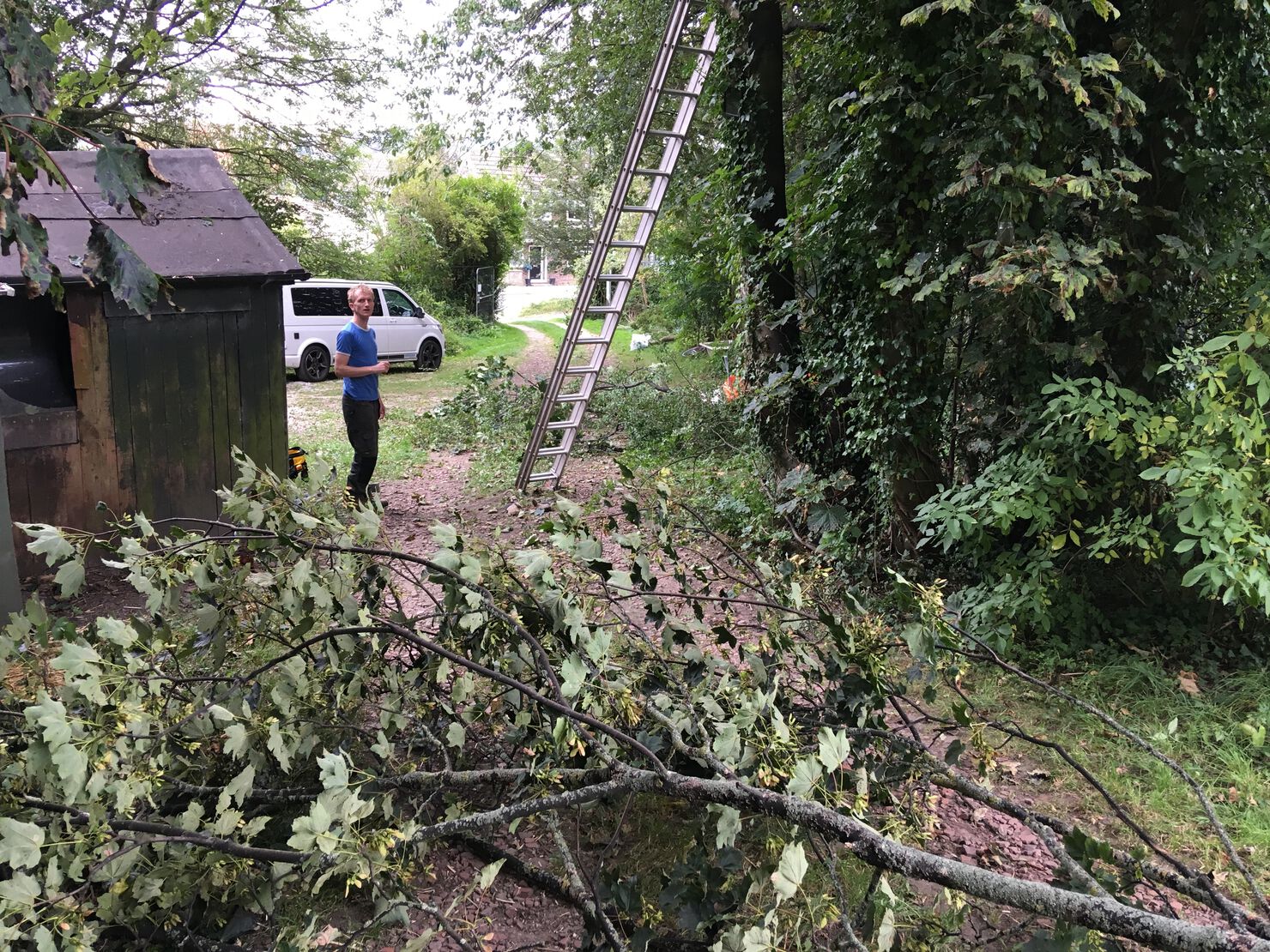 Cutting down some growth to make it easier for the feed delivery truck. 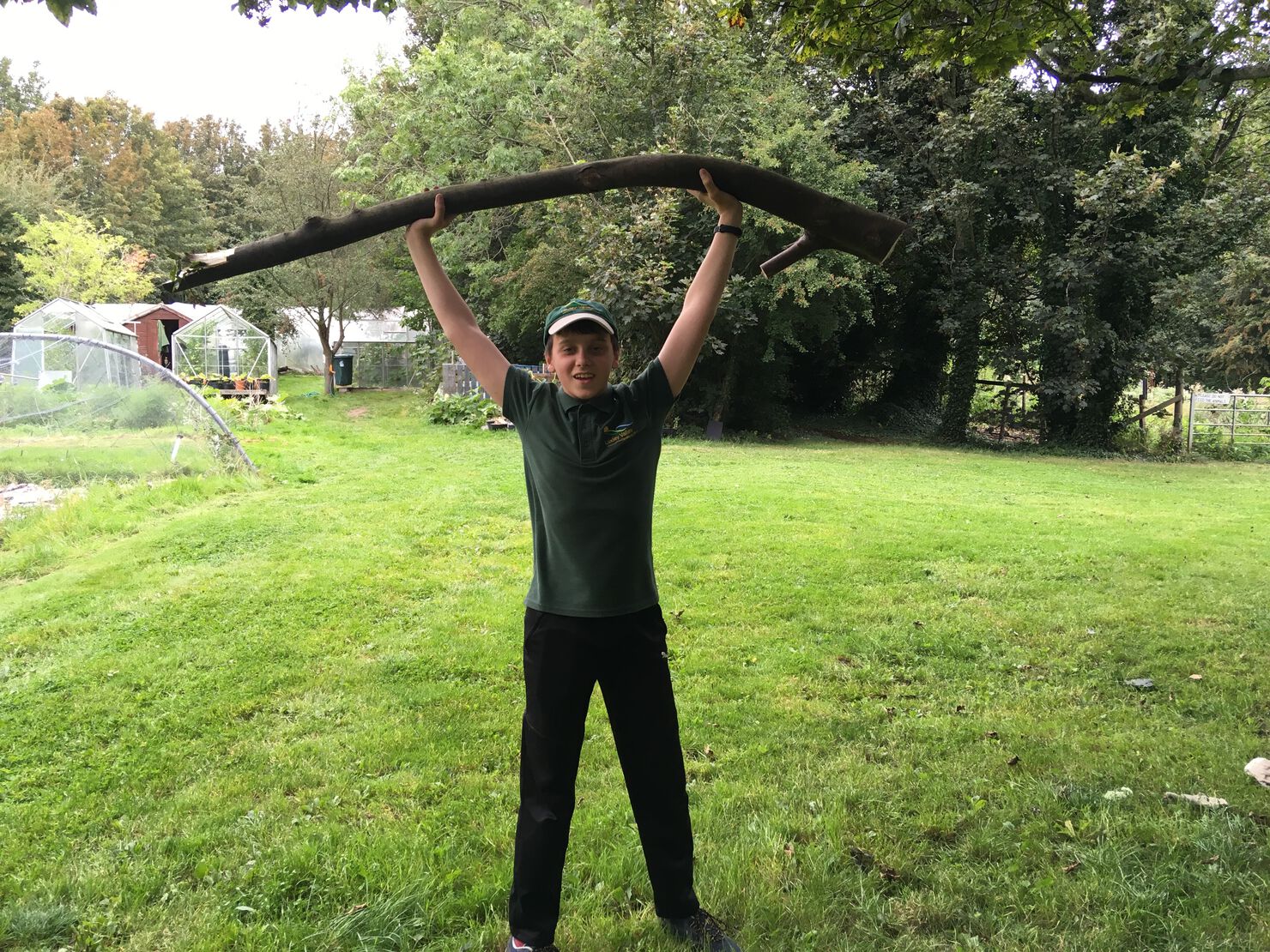 Lumberjack James demonstrates his strength with a freshly hewn log. 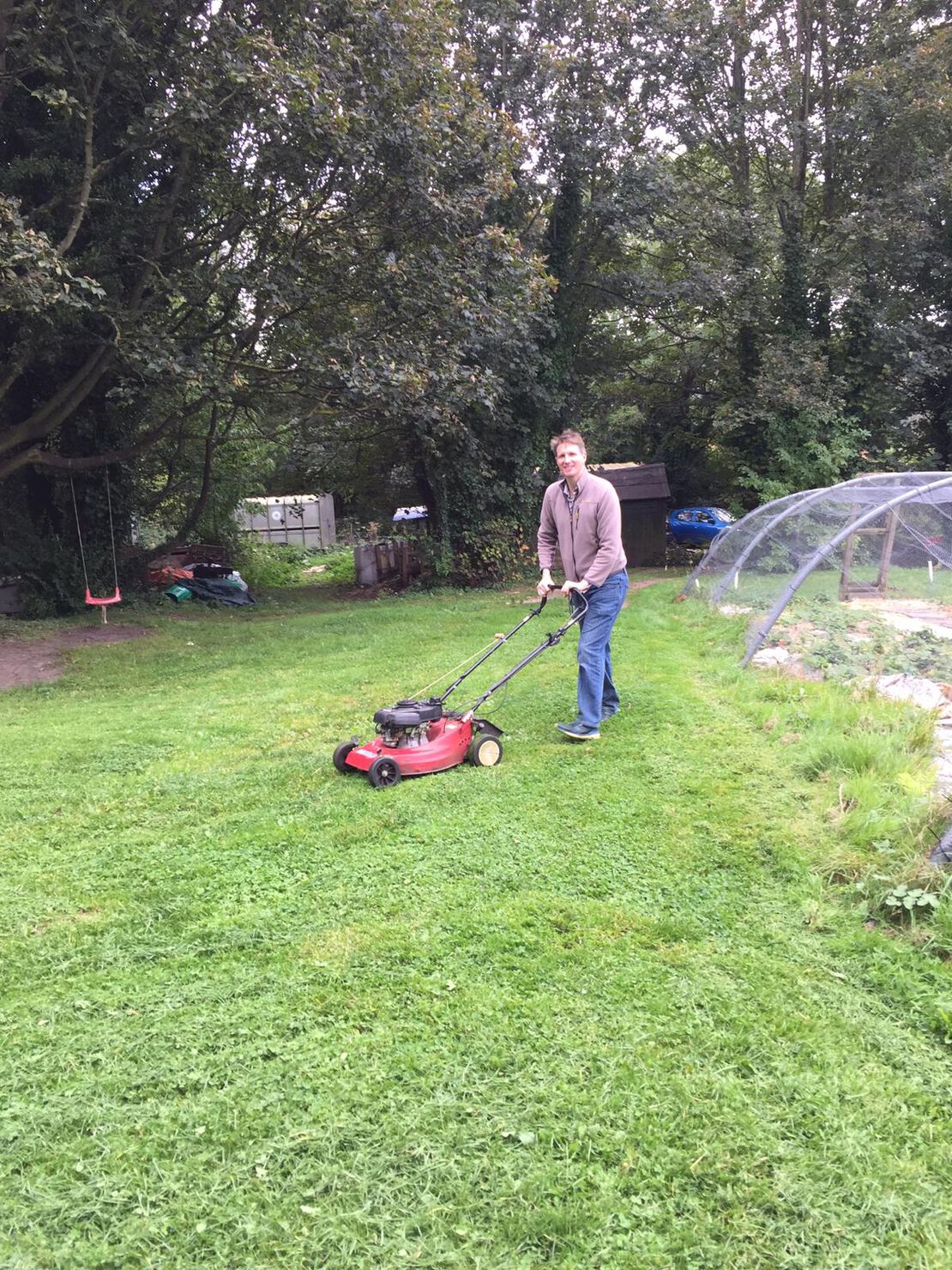 Grass always needs cutting, a never ending task in the summer. Allegedly Mark needed tiring out and was given mowing duty. 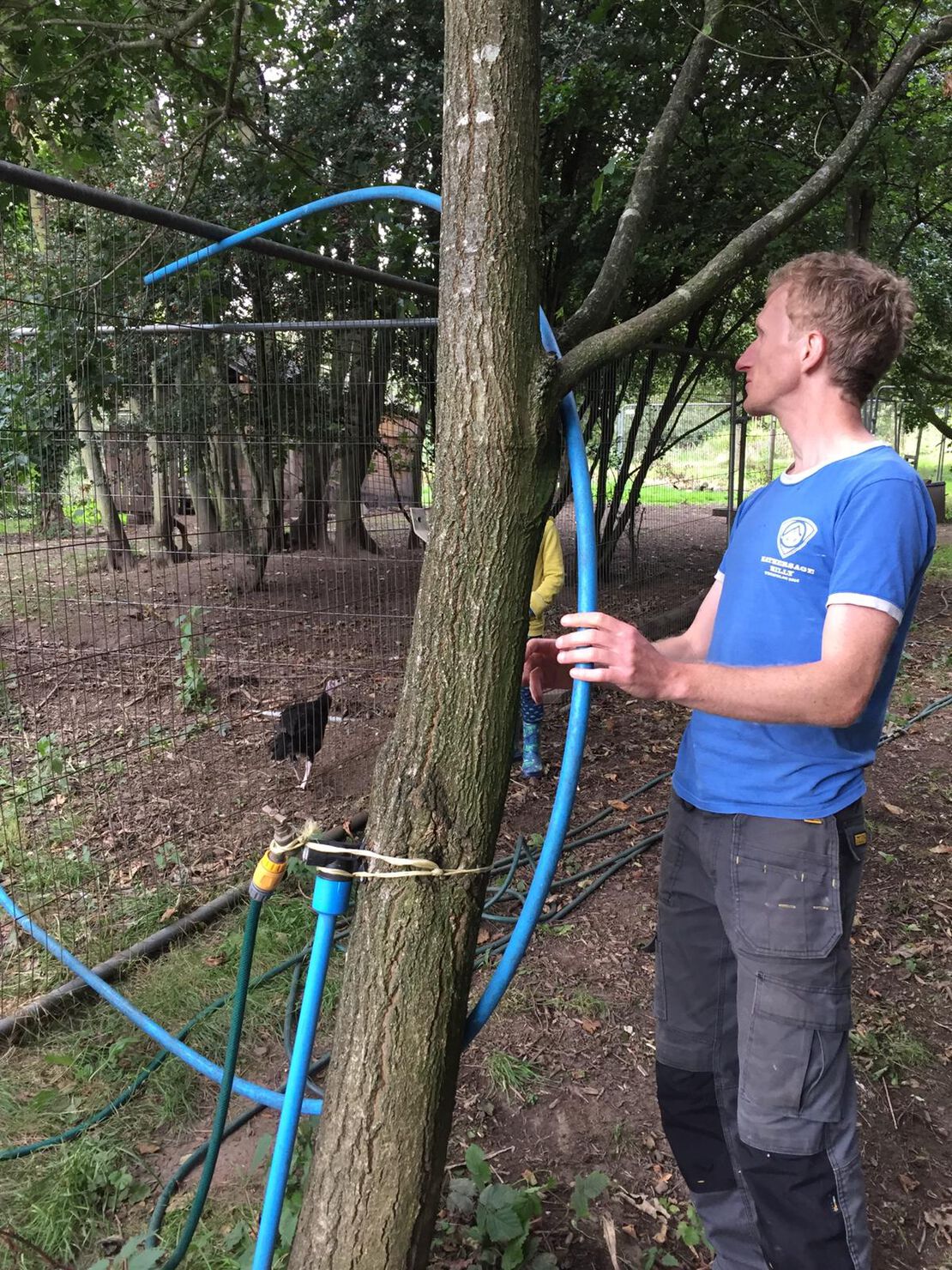 So we’re heading into autumn and the farm is still looking amazing despite some summer veg starting to slow down. The squashes are coming along nicely in the greenhouse and outside, and we’re starting to plant out seedlings from the poly tunnel into the veg patch outside for overwintering such as some red cabbages that are now fending for themselves against the rapidly cooling weather. The sweet peas are still gorgeous and providing temptation for pollinators as are the dahlias and sunflowers. 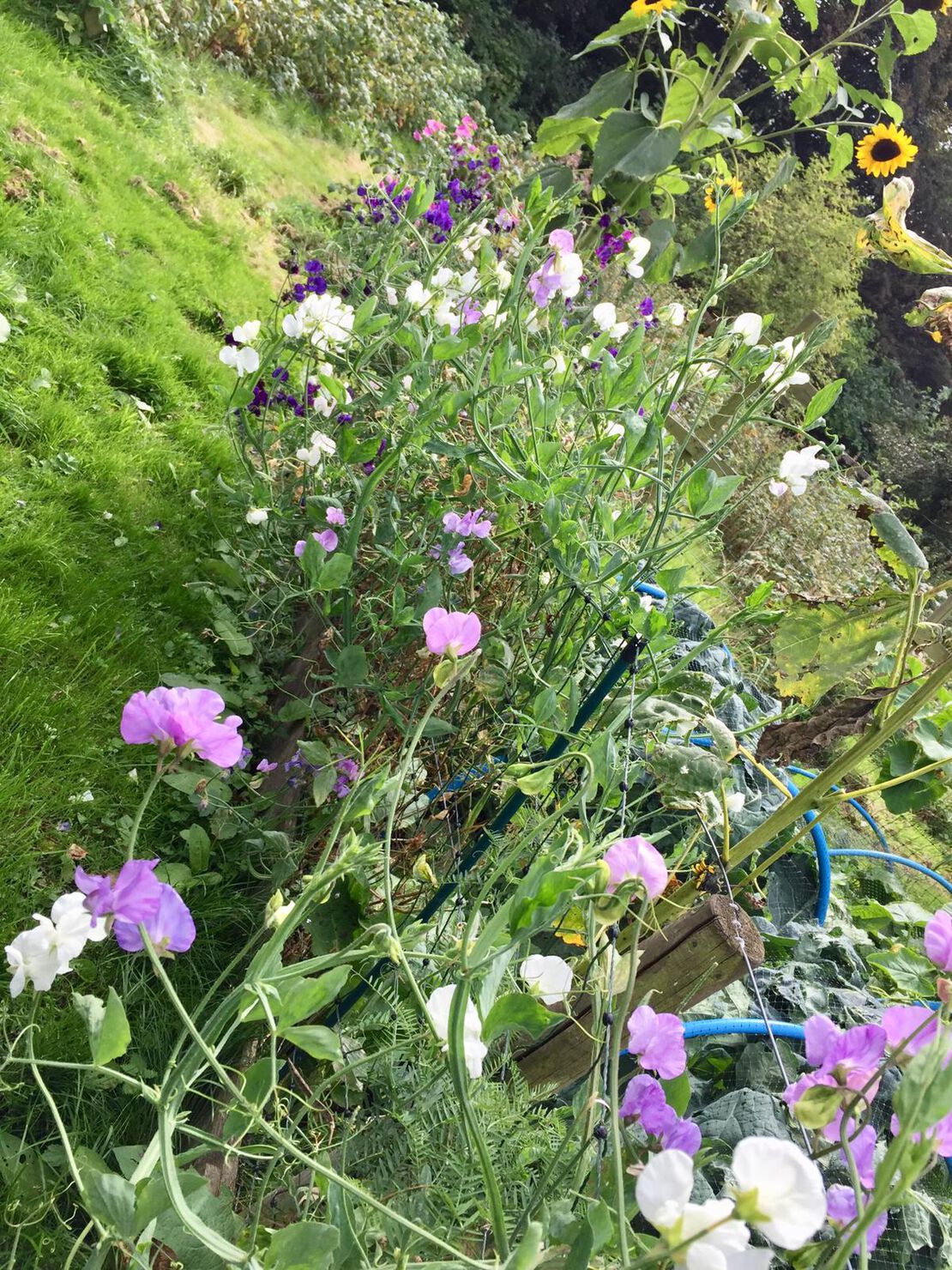 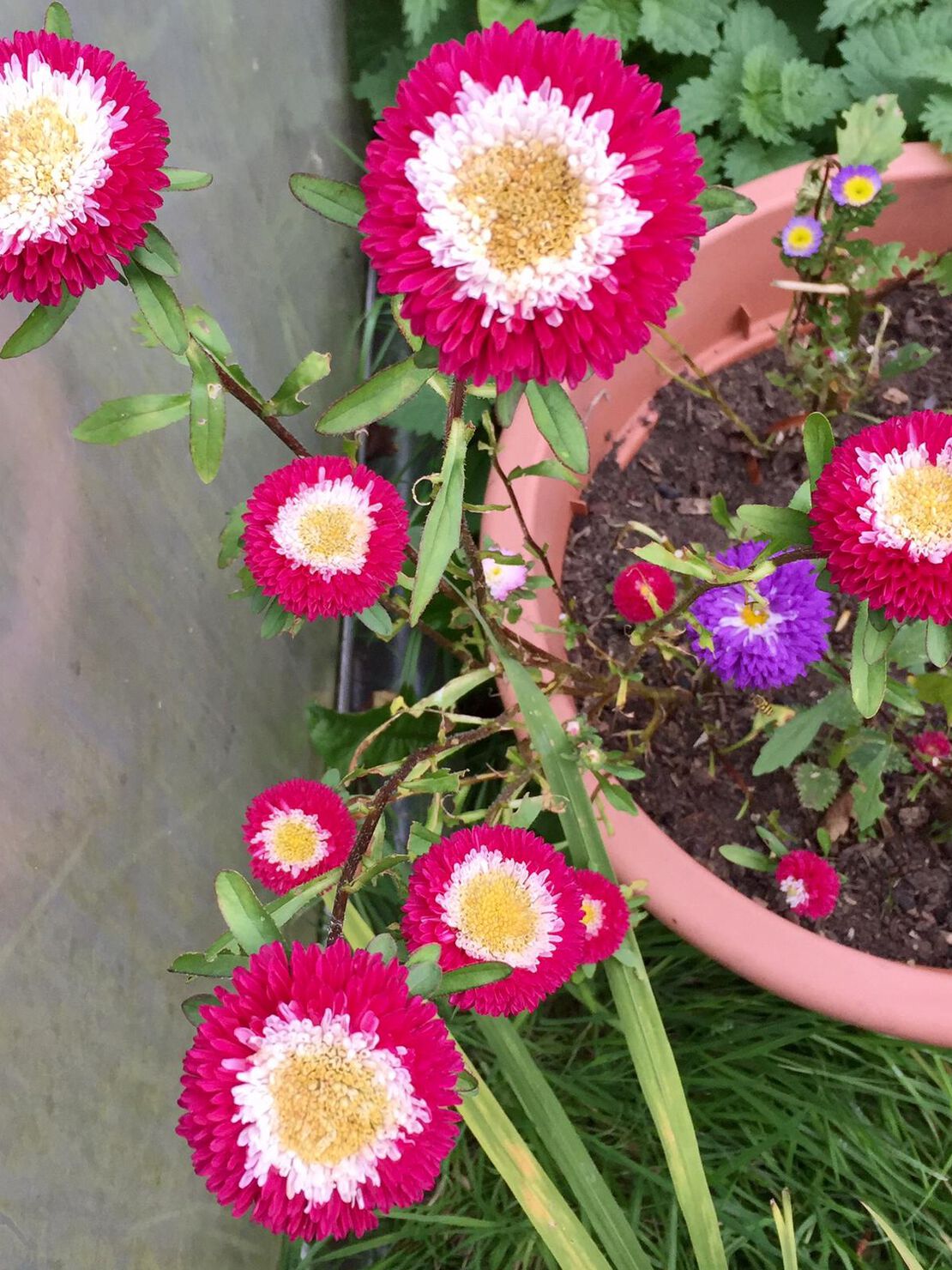 Wildflowers filling every nook and cranny around the poly tunnels. 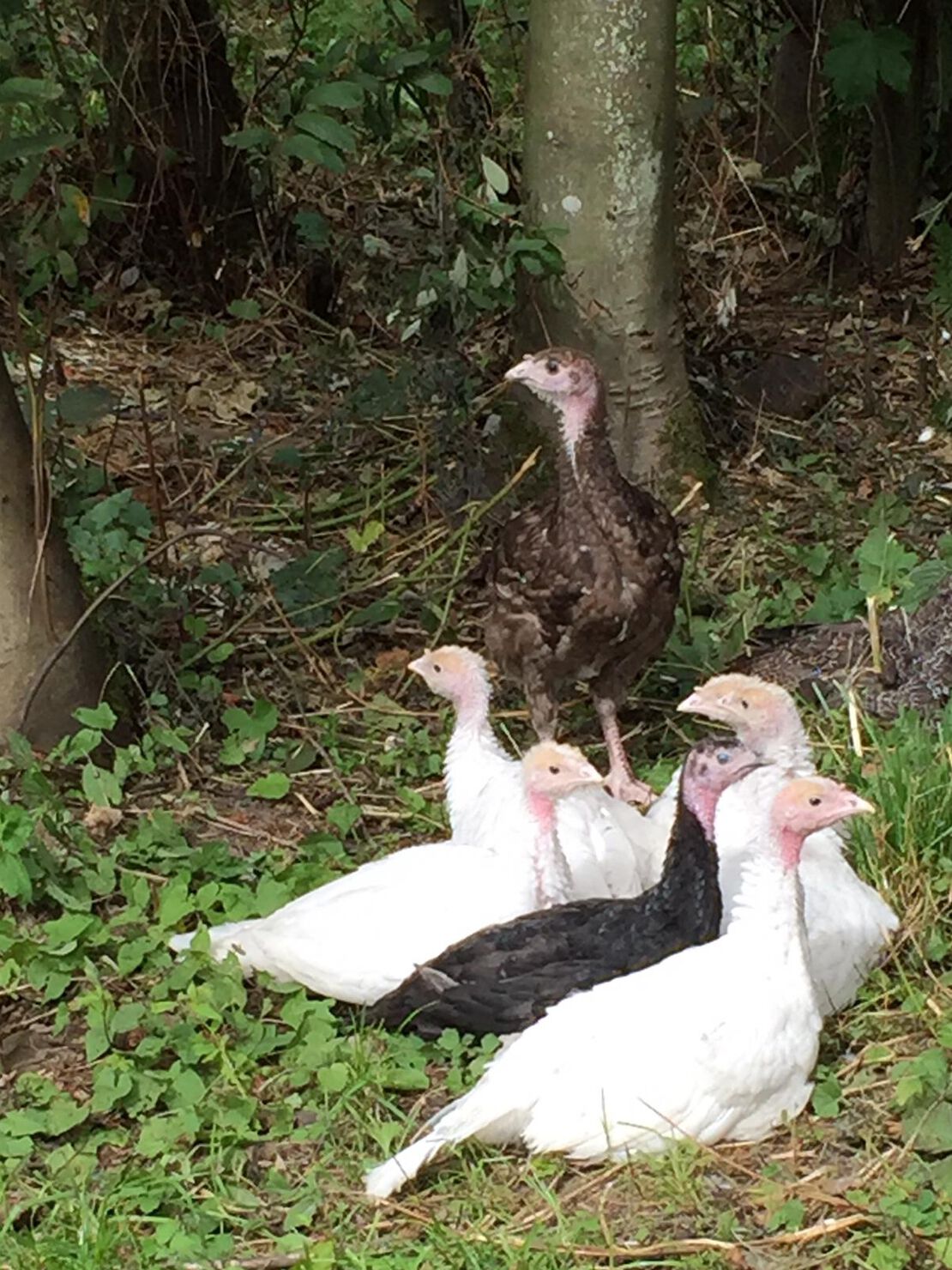 The turkeys are finding their feet and a bit more friendly towards visitors who they have now realised usually come bearing food! They were having a group sunbathe at the weekend, and their feathers are thickening out nicely in time for the cooler weather. 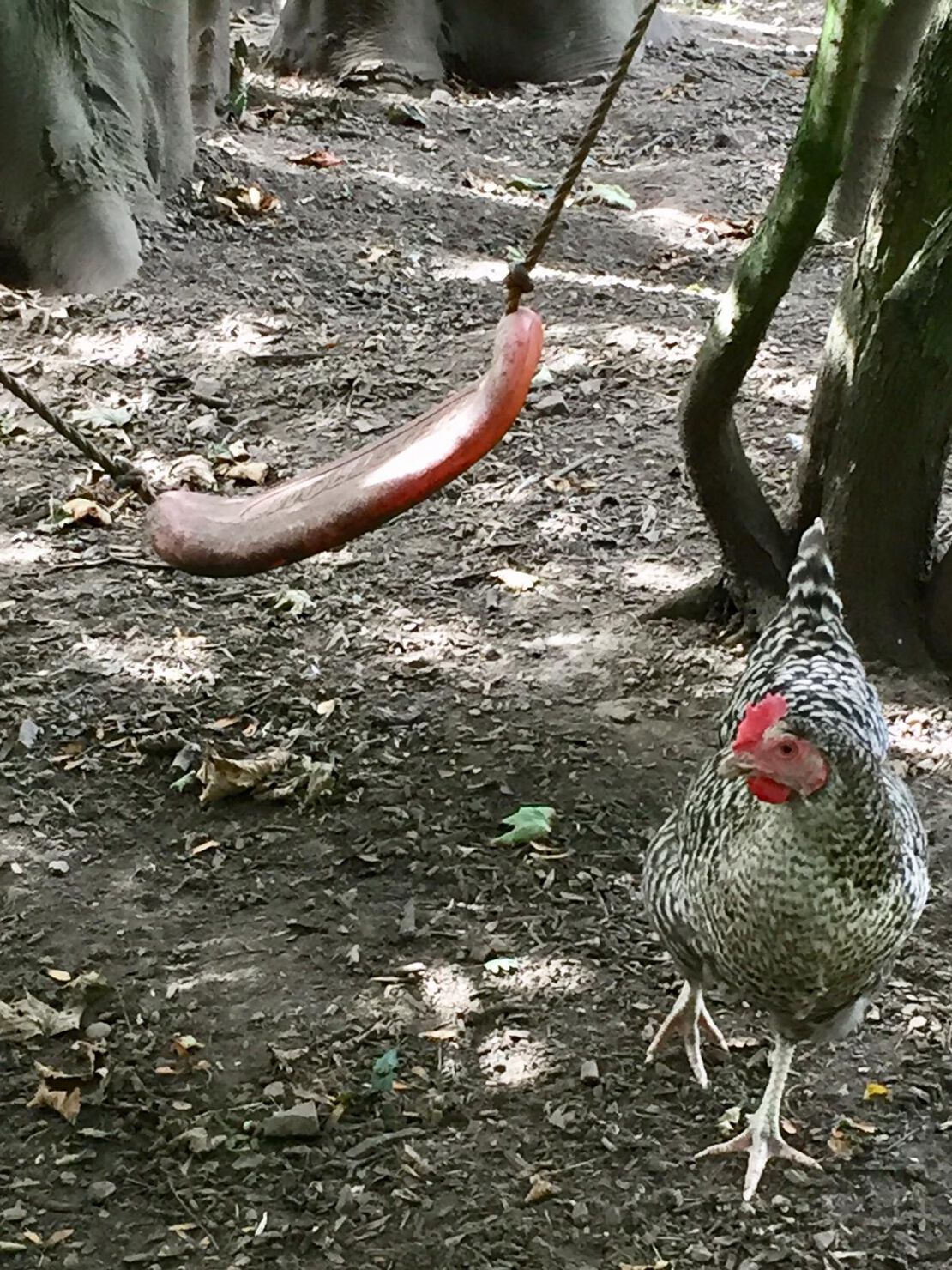 The chickens had a good run about through the farm as they do every workday, my daughter could walk around with them all day (I agree with her, they’re beautiful), she particularly likes that they have a swing by their coop.

There’s always so much to do and the family friendly ethos where the kids join in and learn about what we’re doing means we never get quite as much done as we want to! But I’m always blown away by how much we and the kids love a day at the farm and how much everyone puts in to keeping it running. 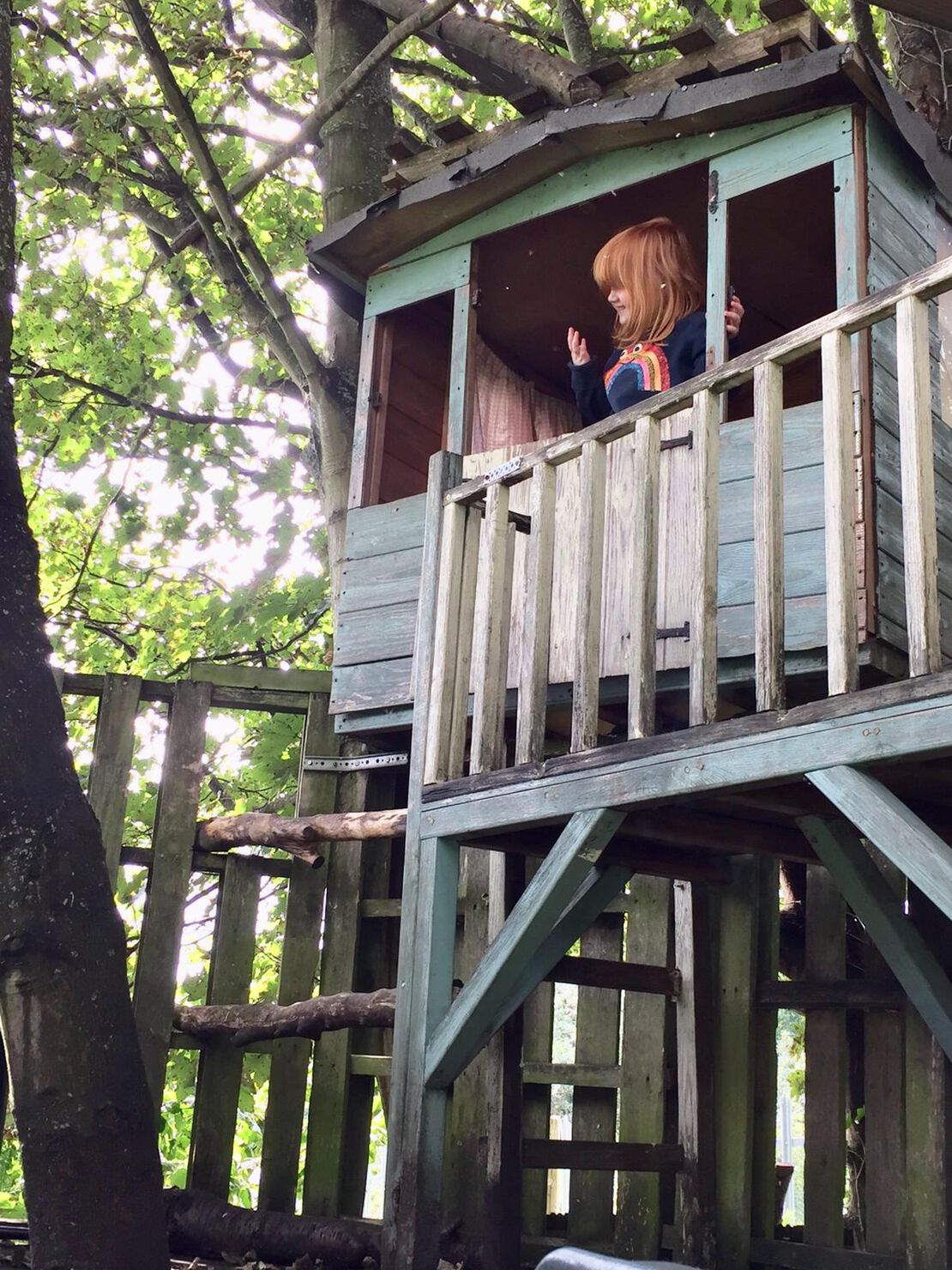 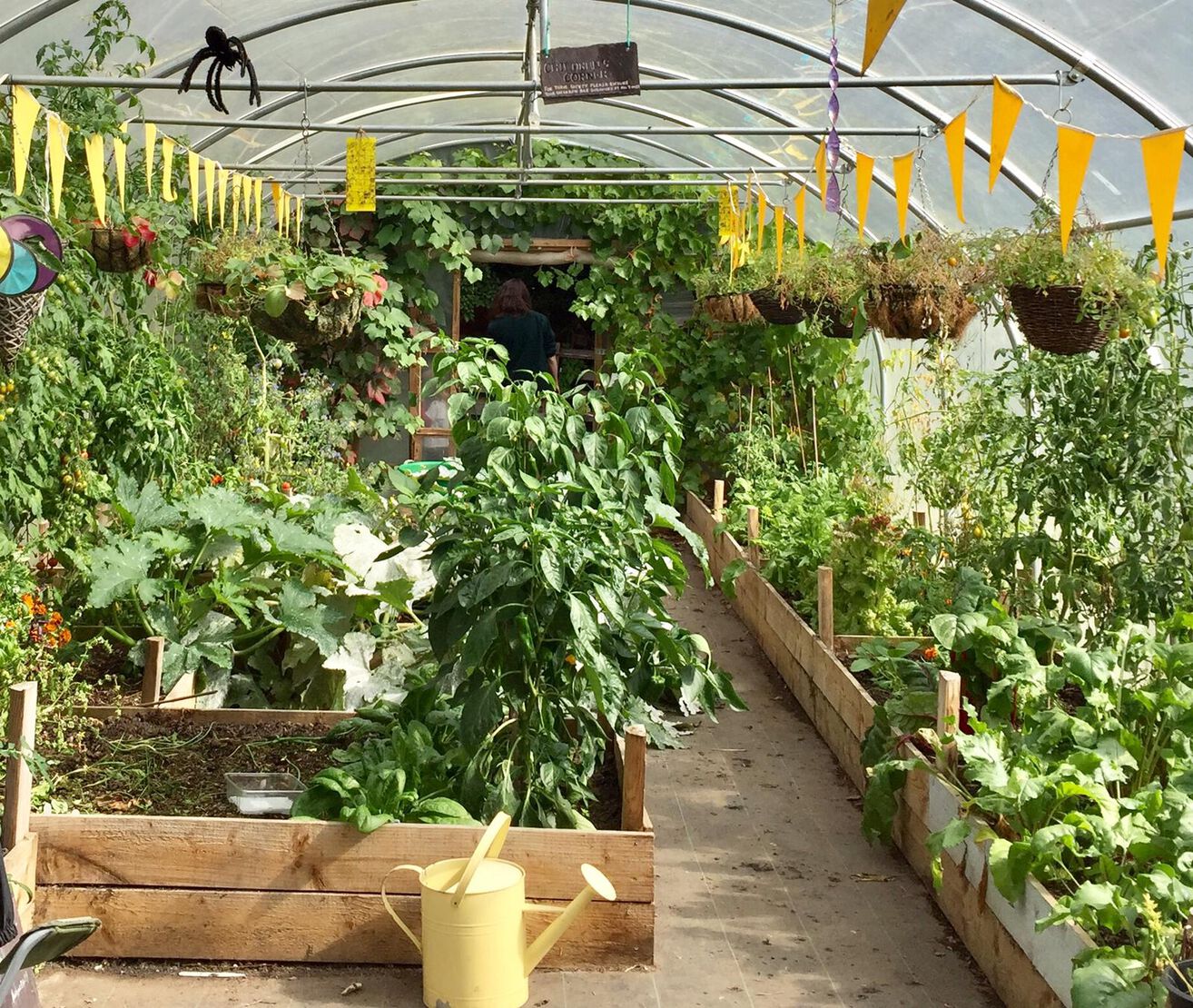